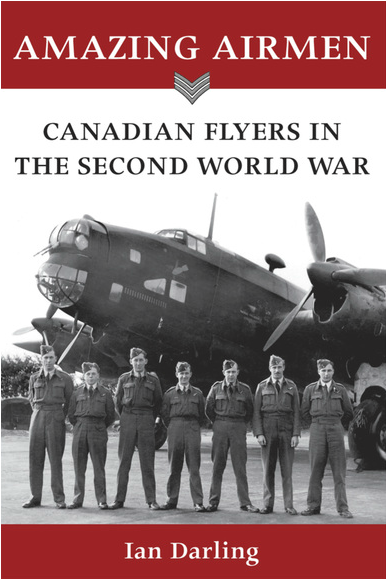 Amazing Airmen: Canadian Flyers in the Second World War tells the stories of airmen who fought for Canada during the war or who became Canadians after the war. It is a book about ordeals, and, more particularly, about surviving ordeals.
Those who survived often had to overcome incredible obstacles to do so — dodging bullets and enemy troops, escaping from burning planes and enduring forced marches if they became prisoners. The ability of the veterans to survive their ordeals was so miraculous that these stories may seem more like fictional accounts than what they are: non-fiction stories.
In one story, a tail gunner from Montreal survived despite being unconscious when blown out of his bomber. Another story describes how the crew of a navigator from Ottawa used chewing gum to fill holes in their aircraft. Another tells how a pilot from Northern Ontario parachuted out of his plane and became the target of a German machine-gunner, but within hours 120 Germans surrendered to him.
These painstakingly researched stories will enable you to feel what the veterans endured when they were young men during the war.

"On the occasion of your official launch my congratulations on this fine work. Your interviews and tales are graphic and concise. And they are of great value in preserving the history of my generation in the air over Europe during WWII." Major-General Richard Rohmer

"After I started reading Amazing Airmen, my wife became annoyed with me because I wouldn’t turn the lights out and go to bed. I couldn’t put the book down because it’s extraordinary.”  Gord Ferguson, pilot officer (retired), Royal Canadian Air Force

"From beginning to end, Amazing Airmen truly chronicles the bravery and sacrifices made by RCAF airmen during the Second World War. 5 stars."  Rick Thomson

"There are so many unforgettable stories in Amazing Airmen that it is impossible to tell all of them here. Deftly combining interviews with veterans, archival sources and earlier histories, Darling accomplishes an impressive feat with this work: He humanizes the airmen in a way that the reader can instantly connect with them. Best of all, Darling is a master storyteller who allows the drama to unfold at a riveting pace in each chapter.
"I've chosen to spotlight Darling's book because it shows how one individual with a deep love of history can bring the past to life. By telling the stories of the veterans in such a gripping and poignant way, Darling's Amazing Airmen keeps the memory of these brave veterans alive."  Andrew Hunt, associate professor of history at the University of Waterloo, in a column in the Waterloo Region Record, November 10, 2009

The Man Who Fell To Earth — And Lived

This condensed version of a chapter in Amazing Airmen appeared in the Toronto Star on April 7, 2007. 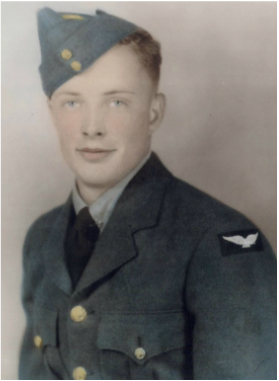 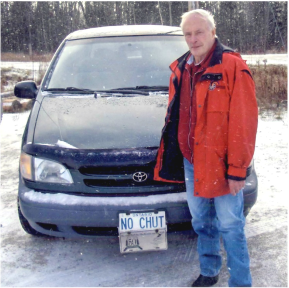 Two German researchers learned about Harry Denison's flight when they read Ian's story in the Toronto Star on the internet. They knew the crash site and sent several pieces of Harry's plane to Ian to give to Harry.